In today’s global reality, facts and truth are often far beyond the borders of the country and require international investigative action. Investigations abroad take place in a foreign and lesser-known environment, along with a different system of law and enforcement from country to country, which requires professionalism, comprehensive knowledge, familiarity and special preparation along with rich experience in conducting international investigations and collaborations with local investigators.

Great care and complex and professional investigative work also to avoid, as far as possible, from Faults in a foreign country, which may expose the investigation and the private investigator to varying risks on the part of the authorities and the courts.

MOR is a company with rich experience in investigations abroad and connections with leading investigation offices, which quickly and efficiently implement the investigation processes.

Naturally, due to flights costs, delaying and operating local investigators, investigations abroad are more expensive than investigations in Israel, and this figure emphasizes the need and importance of choosing an efficient and professional investigation company, in order to shorten actual schedules and cost.

MOR Investigations & Operations, led by senior officers in the former law enforcement system and veterans of operational units, are at your disposal with 25 years of professional experience in Israel and abroad, with proven results and a reliable and professional response, backed by proven results in the field.

When it’s talking about international investigations, the thought of car chases immediately comes to mind, with bullets whistling around you, plummeting from an airplane, straight to a gourmet meal on a romantic cliff, with a shapely brunette woman, holding a glass of martini cocktail with unmixed vodka, in the best James Bond tradition.

Sounds full of glamor and romance? But a mother is also worried that her son did not call every two hours from Cyprus and launches the best forces to his site, conducting an international investigation. So what does an investigative office need to successfully conduct investigations and intelligence missions around the world? Well, first knowledge in conducting investigations, analyzing data and drawing the right conclusions, accordingly.

The processes of globalization and changes in the world, and especially the free flow of information, have made the private investigations industry available and achievable, for almost anyone, and a private investigator conducting overseas (or desert) investigations must know the target country language, the conduct and code of conduct in place.

Therefore, when conducting international investigations, it is important to carry them out by professional investigators, who know not only how to perform their job properly in general, but also are versed in the norms of the country to which they come. In Israel, such skilled investigators are, for the most part, graduates of intelligence agencies that have roamed the world, studied its northerners and specialized in the undercover personality.

A pious Scottish woman met an Israeli man in Edinburgh (Scotland), who hypnotized her, causing her to invest in a business he wanted to cultivate in the country, promising that the millions were on the way. She waited patiently. When the millions were reluctant to come, and the conversations became impatient, she turned to an investigator, for whom she received a recommendation. A number of tests and verifications have revealed that the guy is married in Israel to a rich daughter, who was pregnant at the time, and that he himself is in England, on the occasion of his business (which he received generously from his wife’s father). An investigator in England who was activated for the mission, said that he was spending time with a third woman in a hotel in London. The end of the saga was accompanied by many tears and shouts at the London Hotel, which starred the investigator, the pious Scottish woman, the reckless guy, his pregnant wife, her father and two manly security guards.

Sometimes, investigative files bring a smile, and not necessarily thanks to the monetary reward, but because it is one of those cases that ends with a sense of satisfaction, that the phrase “righteous and bad for him, evil and good for him” did not match reality.

In the current era of trade, in which there are almost no limits to international business activity; Global investments are made through extensive and networked financial activity, as do the temptations to commit embezzlement and fraud.

The banking system operates with caution in this world, as well as, and more, in the private sector. Questions are always arise regarding new business relationships, or old relationships, when there is a suspicion about a change in conduct. And the range of activities is wide and varied: from information about competitors, through intelligence before strategic moves, to opinions before business engagements.

The main motif in the activities of an office that deals with international investigations, are the crimes and frauds that accompany the business field, and the exposure of stormy novels around the world, regarding the personal field, and in quite a few cases the fields fit together.

We will be happy to answer any questions and be at your disposal in any need, to provide a dedicated and professional service. Call or leave details including the convenient contact hours, and we will call you soon. To arrange a meeting and consultation without obligation 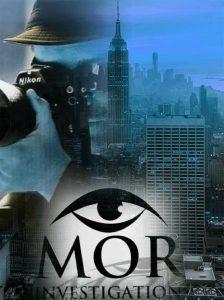